The following collections in the Special and Area Studies Department have been recently processed, expanded or revised at the University of Florida.

Research reports, correspondence, memoranda, campaign material, and ephemera from Joe Browder, an American environmental activist who spearheaded ongoing efforts to save the Florida Everglades. His work helped establish the Biscayne National Park in 1968, and Big Cypress National Preserve in 1974. Browder successfully lobbied the Nixon administration to halt construction on a project to build a new Miami International Airport, in what is now part of the National Park system in the Everglades.

Lastinger Center for Learning at the University of Florida Records, 1996-2022

Two photograph albums of the Tikwah goldmine in British Guiana documenting the region as well as the mining camp and its operations.

Posters, newsletters, newspapers, and documents related to the struggle for Puerto Rican independence.

Reports, letters, manuscripts, and proposals associated with the development, meteorology, reconstruction, and demography of Barbados, Castries (Capital of St. Lucia), Haiti, Tobago, and the Falkland Islands or Islas Malvinas.

The collection consists of photographic slides of the Trinidad and Tobago Carnival taken from 1972 to 1978 by Ken Chandler. Includes 1 issue of the Caribbean Beat Magazine from 2019.

Audio reels that appear to be part of a course on the Aymara language created by Martha J. Hardman, a Linguistic Anthropology professor at the University of Florida.

Digital content captured from websites, social media sites, newspapers, and the University of Florida’s Institute of Food and Agricultural Sciences (IFAS) about Florida farmworkers during the COVID-19 pandemic from 2020-2022.

The collection consists of 174 posters published by the Organization of Solidarity of the Peoples of Asia, Africa, and Latin America (OSPAAAL), different academic departments of the University of Florida, and posters from different countries in Latin America and the Caribbean illustrating topics on politics, religion, art, music, social justice, culture, health, etc

Collection contains the records of the inauguration of W. Kent Fuchs, the 12th President of the University of Florida.

Scrapbooks/histories and minute books belonging to the Lady Gator Golf Boosters, a non-profit organization dedicated to providing support to the University of Florida Women’s Golf Program.

Records of the University of Florida IFAS College of Agricultural and Life Sciences.

Correspondence of the Hartzer-Corcoran family including letters and postcards that describe life in North Central Florida. 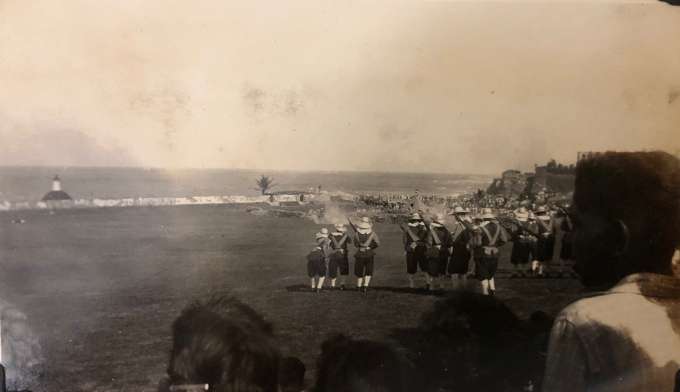 The family papers of Helen Holton Anderson date from 1913 to 1989. The collection contains photographs of Puerto Rico from 1936-1937, additional family photos, Helen Anderson’s memories of her father’s work for the Flagler Hotel system, and documents related to the estate of Helen’s sister, Julia C. Holton. Additional items include a booklet and typescripts about Tom Anderson’s career in radio broadcasting in the Jacksonville, Florida area, a speech attributed to Julia C. Holton about a trip to Cuba before the Cuban Revolution, and Henry G. Anderson’s school journal from 1913.